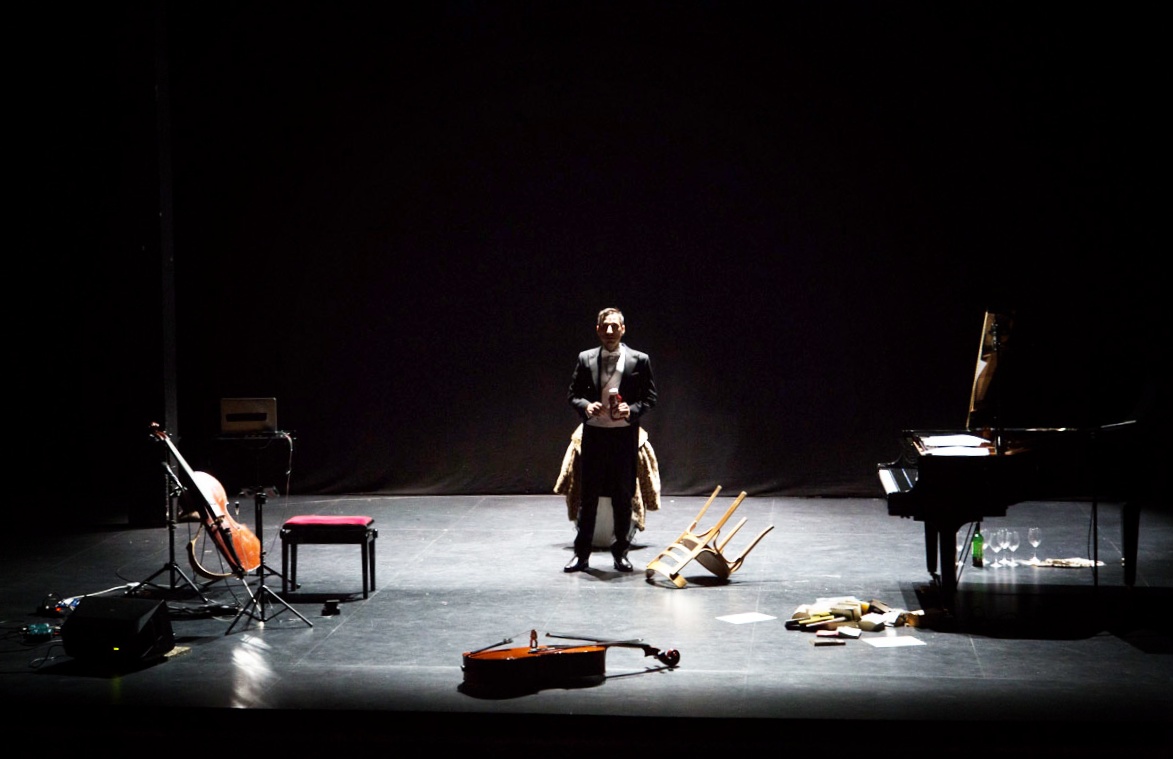 
Escuchar la pieza: nOTHING iS pOSSIBLE

“…make love to the 20 daughters and sons of J.S.Bach, catch the syphilis from Schubert, and give it to Shostakovich in a sudden blow job at an empty rehearsal room of Moscow’s conservatory (with Schnittke and glass as voyeurs, peeking behind the curtains). Cut the bears of Arvo Pärt and put them into the cold soup of Piazzola, meanwhile I force him to listen to Win Mertens on full blast. Viva la musica!

The cello and the latest technologies; an attempt to building a legitimate tool of expression, creating an unfinished autonomous musical instrument, –the sound of what one is, that gives voice to a battered music; crowned with thorns, fateful–.”