100m2 as line Retracing the Zenne in Brussels.
We understand 100m2 as a line that recognizes and recovers landscape in the heart of the city.
The path of the Zenne river is the site of our intervention. Brussels founded on the banks of the Zenne, was built up along its twists and turns. The river flowed through the city center until it was hidden underground in the 19th century. The river reemerges on each side of the city at the periphery.
We retrace the natural line of the Zenne onto the streets of Brussels. People follow the course of this path through the city. It reconnects the city centre of Brussels with its periphery. Markers placed along the walk create an urban path that can be enjoyed by both visitor and citizen. The intervention brings into equilibrium landscape, the urban environment and people. 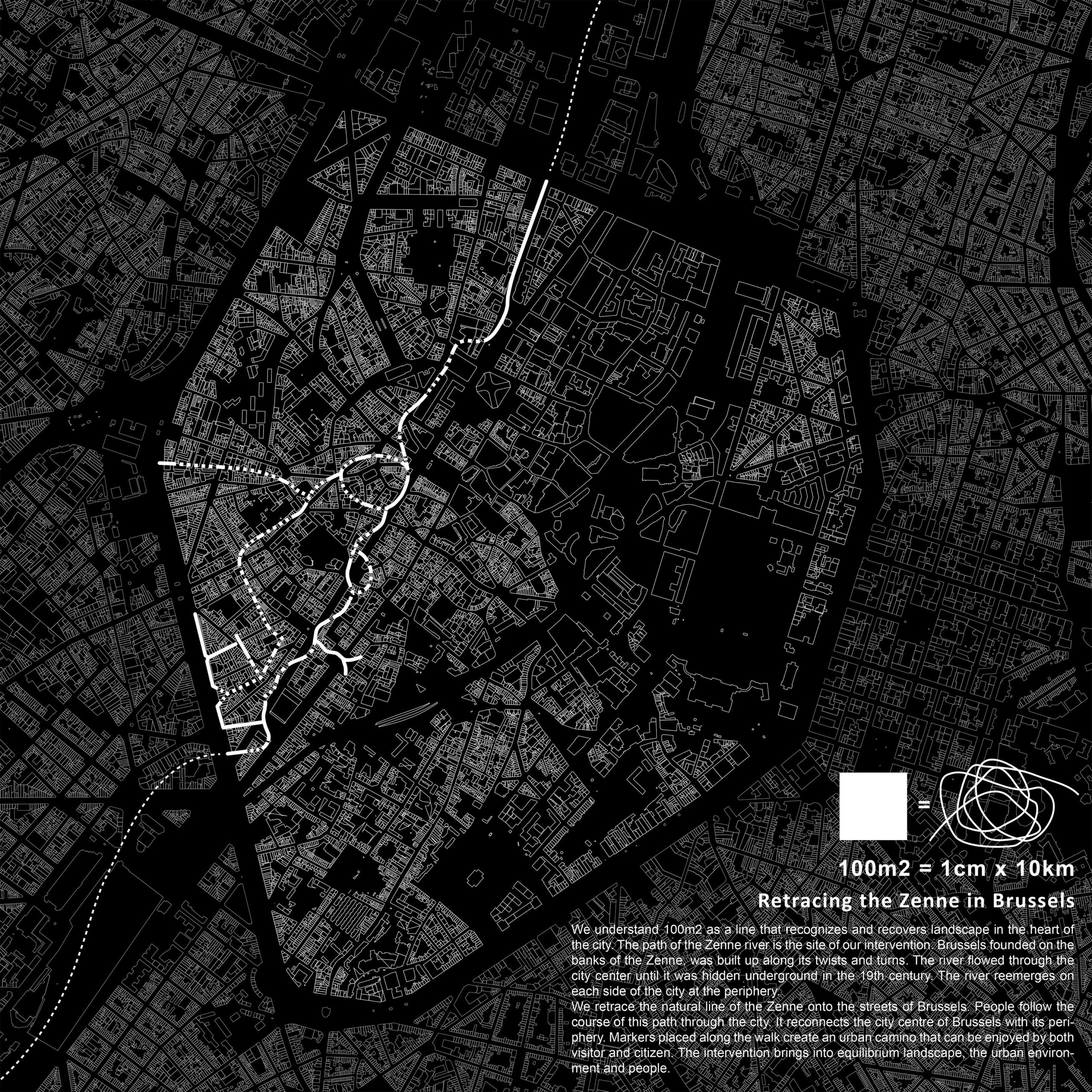